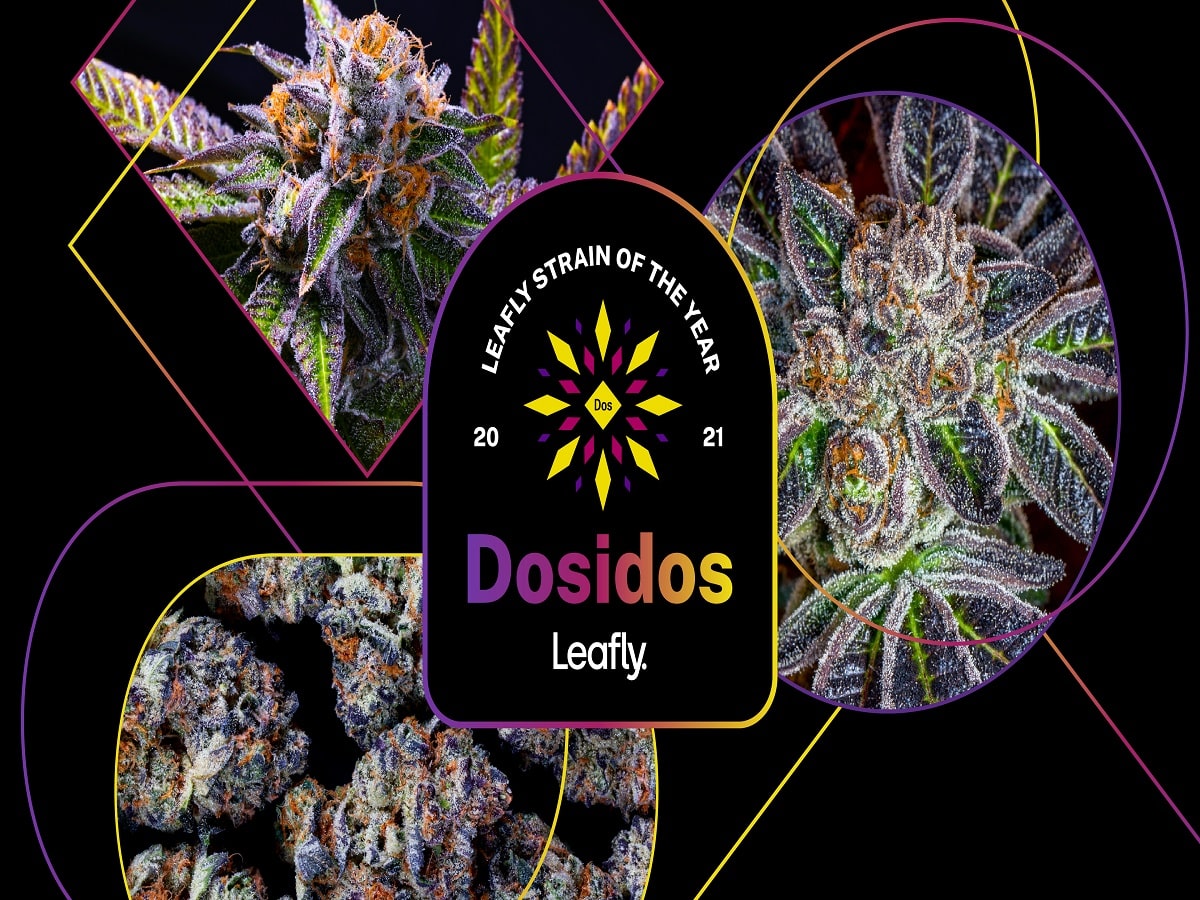 SEATTLE–(BUSINESS WIRE)–Leafly Holdings, Inc. (“Leafly”), one of the world’s leading cannabis discovery marketplaces and resources, today announced Dosidos as the 2021 Leafly Strain of the Year. The Leafly Strain of the Year is an annual honor bestowed upon a cannabis strain that demonstrated breakthrough market impact among the more than 5,000 strains in the Leafly strain database.

As one of the most visited online cannabis destinations with more than 125 million visitors expected this year, Leafly editors select the annual Leafly Strain of the Year based on a combination of data including search trends, online traffic, and menu availability, as well as expert and editorial analysis across the cannabis industry from breeders, growers, and retailers.

Dosidos emerged as the 2021 Leafly Strain of the Year thanks to the notable trajectory of this strain, which has risen in search traffic 10% year over year to crack Leafly’s Top 20 most viewed strains nationwide for the first time in 2021. This demand from consumers is supported by wide acclaim from cannabis breeders, growers, and other industry experts, who cite Dosidos’ gorgeous look, high-yield growth, and OG pedigree as reasons for the strain’s emergence as a staple of the $18.3 billion legal industry.

Dosidos, also known as “Dosi,” is a hybrid strain originating from Portland, Oregon cannabis seed bank Archive Seeds, who crossed renowned types of OG Kush and GSC to create Dosidos. Since the popularization of the strain in 2016, Dosidos has parented several other influential strains such as Dosi Punch and Moonbow, and Dosi or its related strains have placed at major cannabis contests every year since.

Popular amongst medical and adult-use cannabis consumers alike, Leafly visitors report Dosi can help with sleep, anxiety, and pain relief while delivering both mental and body relaxation. With its unique lavender and bright green leaves covered in a heavy dusting of glittering trichomes rich in limonene, Dosi delivers out-of-the-bag delight with its earthy, pungent taste and sweet aroma.

“Wine Spectator knows wine. Spotify knows music. Leafly knows cannabis. When you see a Leafly Strain of the Year, you’re meeting a fresh inductee into the cannabis Hall of Flame. Dosidos’ glittering bag appeal, rowdy smell, and dizzying high will spin around and sit down anyone—from the jaded cannasseur to the jubilant canna-novice,” said David Downs, a Leafly editor.

Daniel Hendricks, founder of the influential HendRX Nursery in Humboldt County, CA, cannabis breeder and maker of clones for the industry said: “Leafly definitely did give it a lift, making Runtz strain of the year. I referred to it as ‘Strain of the Year’ when I sold it, and people referred to it as they sold it. I just heard about how well Runtz did up and down the industry [in 2021]. I know one farmer who said it was the most productive, fastest thing they sold.”

For additional information on Leafly Strain of the Year and Dosidos origin and experience, visit Leafly.com.