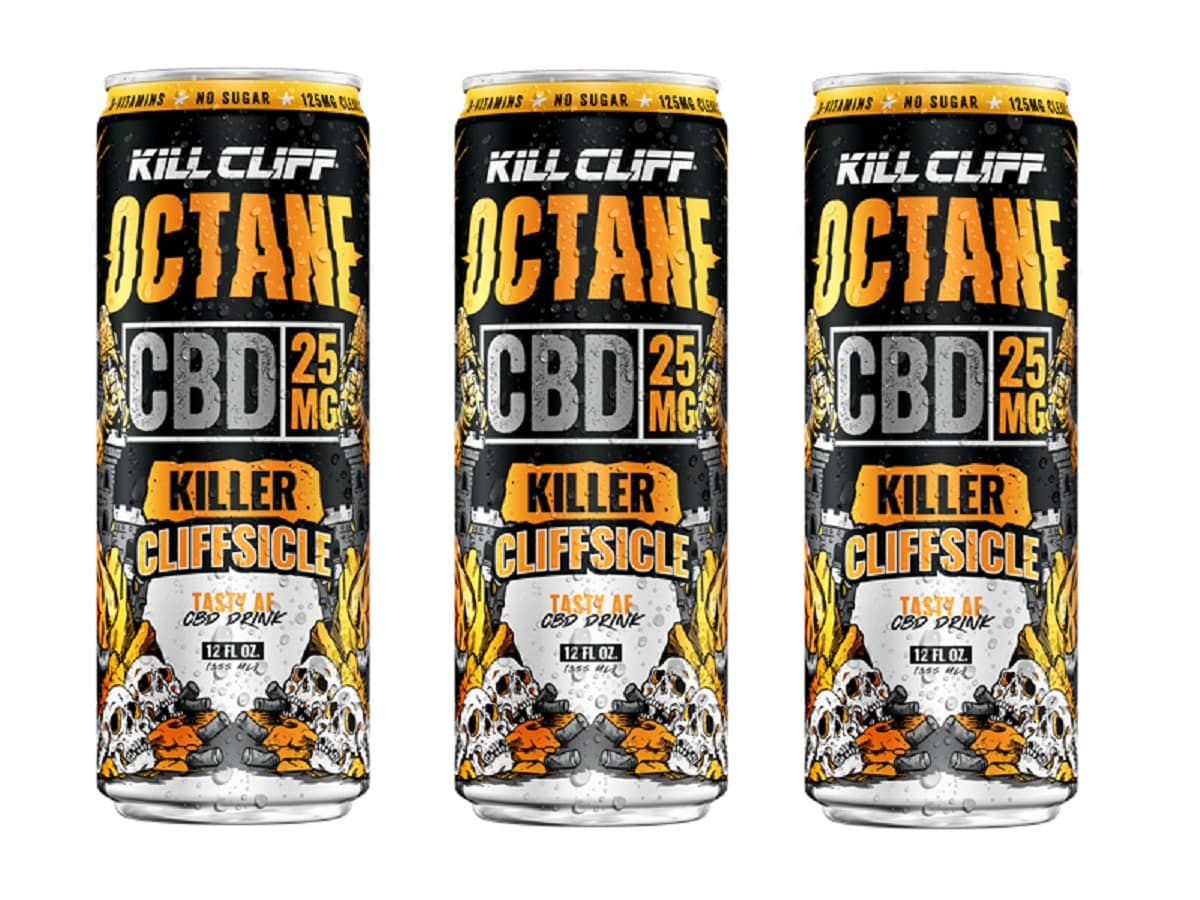 The first Octane beverage to be released is the Killer Cliffsicle. It’s packed with 125mg of caffeine and 125 mg of hemp extract which yields 25 mg of CBD, whipped into an irresistible orange vanilla flavor. The new drink is available in packs of 12 for $69.

Kill Cliff CEO, John Timar, adds, “The two things consumers want most daily are caffeine and cannabis. By combining the best attributes from our Ignite and CBD lines, we’re pioneering a brand new category. Demand for this product is through the roof and we’re happy to be the first mover to supply it.”

John Brenkus, Kill Cliff CMO, said, “This is absolutely one of the clearest value propositions for the consumers. Enjoy all the benefits of caffeine smoothed over with CBD. It’ll go down as one of the best duos ever, right up there with Pippen and Jordan, Kobe and Shaq and Peanut Butter and Jelly. It’s the drink the world needs right now.”

The limited edition Kill Cliff Octane Killer Cliffsicle, which is bound to sell out quickly, is poised to close out a banner year for the clean energy drink company. In 2021, Kill Cliff: booked record sales, released two new beverages with Joe Rogan, created a drink and Esports Tournament with Israel Adesanya, signed a national CBD distribution deal and launched its own OTT network app Kill Cliff TV. Most impressively, Kill Cliff also surpassed its goal of raising $1,000,000 for The Navy SEAL Foundation.

About KILL CLIFF
Founded by a Navy SEAL, Kill Cliff is the nation’s fastest growing clean energy and CBD beverage brand. With high profile collaborations and its own OTT media network, Kill Cliff is uniquely bold in its approach to making every drinkhole happy. A champion for the peoples, Kill Cliff is crushing the souls of the toxic energy establishment by offering a better lifestyle choice delivered through a mouthwatering cornucopia of flavors. Kill Cliff honors the dedication and sacrifice of active military and veterans through its partnership with the Navy SEAL Foundation, recently exceeding $1m in charitable contributions. Go to killcliff.com, follow Kill Cliff on social media, and download Kill Cliff TV from the iOS or Android app stores for 100% more American winning! No Drinkhole will be left behind. Own it.