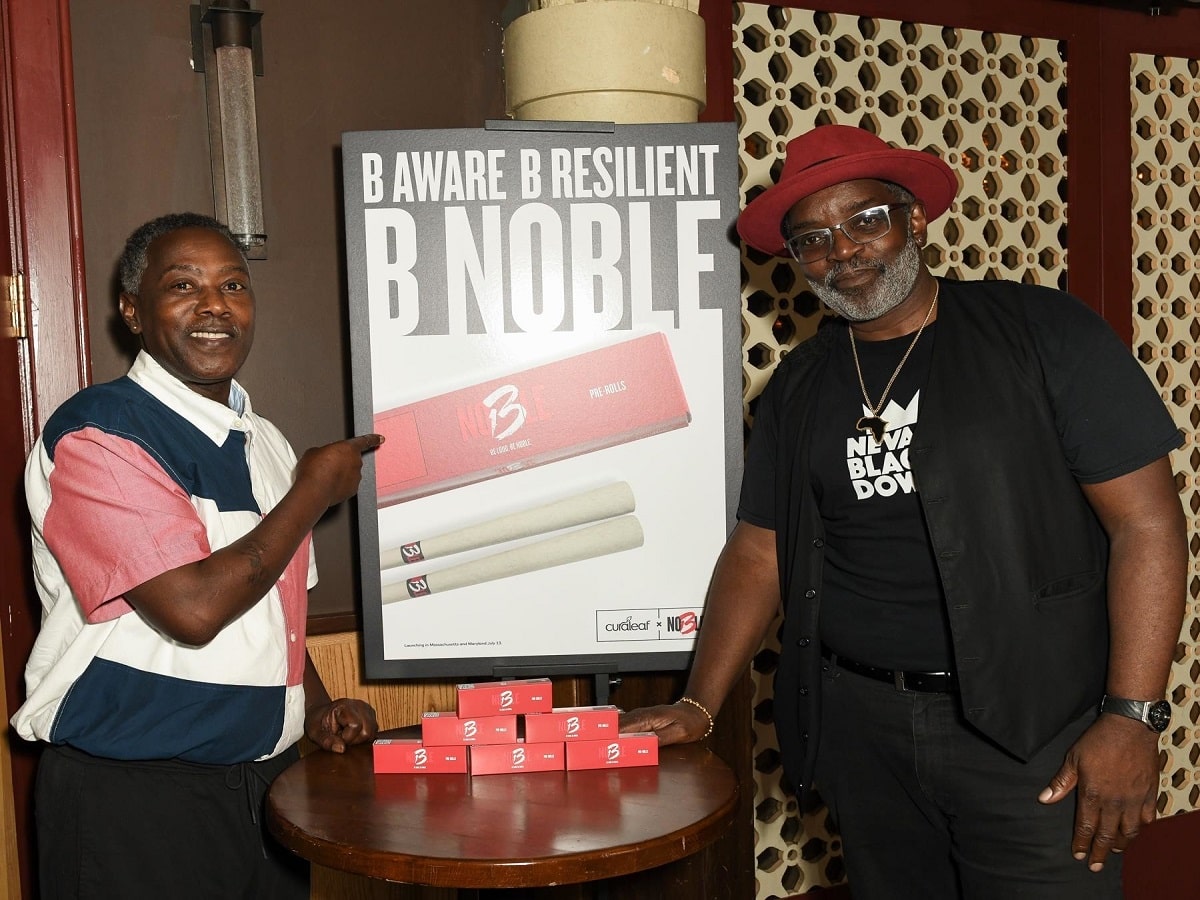 NEW YORK, Nov. 30, 2021 /PRNewswire/ — B NOBLE Inc. and Curaleaf, a leading international provider of consumer products in cannabis, today announced the expansion of its B NOBLE partnership into medical dispensary locations in New York. This expansion is one of the first partnerships of its kind in New York, as the New York Cannabis Control Board recently approved whole flower as part of its medical marijuana offerings in late October.

In collaboration with Fab 5 Freddy, New York native, filmmaker, visual artist and legendary hip-hop pioneer, and Bernard Noble, who spent seven years in prison for possession of two joints’ worth of cannabis flower, B NOBLE is a for-profit, cause-based cannabis brand. A part of Curaleaf’s corporate social responsibility program, Rooted in Good, B NOBLE is the company’s first large-scale brand venture in alignment with its dedicated social equity work. B NOBLE will bring a high-quality, Black-owned cannabis brand to the regulated cannabis market in New York, while advancing racial and social equity in the industry.

The brand is dedicated to telling the story of its namesake Bernard Noble, who was arrested in Louisiana and sentenced to 13 years in prison for possessing the equivalent of two joints. In 2017, Bernard’s case began to draw attention across the country, and he quickly became a national symbol for the need to reform the country’s unjust drug laws, sparking advocacy and a movement to free him. As a result, Bernard was released seven years into his sentence.

Since rolling out in July 2021, B NOBLE is now available in ten states including New York. Patients and consumers in adult-use and medical states can now purchase B NOBLE in Arizona, Colorado, Illinois, Maine, Massachusetts, Maryland, Michigan, Nevada, New York, and Oregon.

The New York market is the first to offer whole flower products as part of its B NOBLE product partnership, introducing 3.5G flower jars. At launch, two strains will be available, including Super Lemon Haze Cookies (Sativa) and Sour Diesel (Hybrid), with an additional Indica strain to arrive in stores later in December. Prior to October 2021, cannabis was only available to New York patients in ground form, a source of frustration for many patients who prefer the plant’s medicinal applications in its whole flower form.

Ten percent of proceeds from the sale of each B NOBLE product will go toward local organizations dedicated to advancing social equity and providing opportunities to those directly impacted by the War on Drugs. The team is seeking long term partnerships to ensure the brand continues to make an impact in New York, and potential partners are invited to reach out to CSR@Curaleaf.com.

“I’m thrilled and honored to be a part of B Noble’s expansion into my hometown, New York City“, said Fab 5 Freddy. “B NOBLE exists to generate support for the defense of people impacted by the War on Drugs, which is a War on People that took New York City by storm. It’s an honor to see B NOBLE active in New York, and working to right those wrongs of the drug war. It’s a full circle moment and a well-deserved moment for the community.”

More than 20 million Americans have been arrested for violating cannabis laws since 1970, and even though medical cannabis now is legal in the vast majority of states across the U.S., police still arrest people on cannabis-related charges at an alarming rate that disproportionately harms people of color. In 2020, people of color comprised 94 percent of those arrested for cannabis-related charges in New York City’s five boroughs, even though Black and white people use cannabis at similar rates.

Curaleaf’s mission is to improve lives by providing clarity around cannabis and confidence around consumption, driven by an 11-year history of serving medical patients. In order to ensure the development of an inclusive industry, this year Curaleaf launched Rooted in Good, led by Curaleaf Vice President of Corporate Social Responsibility Khadijah Tribble. Rooted in Good delivers social impact by focusing efforts within three key pillars: Diversity, Equity, and Inclusion; Social Equity; and Sustainability.

In addition to being sold in Curaleaf retail locations across New York, B NOBLE whole flower will also be available to the majority of the Company’s wholesale partners in the state. Curaleaf New York medical dispensaries are located in Carle Place, Hudson Valley, Plattsburgh and Queens.

To learn more about the B NOBLE partnership, please visit: www.curaleaf.com/bnoble.

About B NOBLEB NOBLE is a for-profit, cause based cannabis brand. Founded by Fab 5 Freddy [Yo! MTV Raps, Grass is Greener], B NOBLE aims to help liberate Americans that are and have been incarcerated for non-violent cannabis related charges. Bernard Noble was sentenced to 13 years of hard labor for carrying less than two joints worth of cannabis and was released after spending seven years behind bars. It is a landmark case that demonstrates the impact of severe U.S. laws on cannabis, and Bernard’s story represents one of the 600,000 people each year who are arrested for cannabis possession and suffer collateral consequences as a result of the War on Drugs. For more information, please visit www.B-NOBLE.com.

About Curaleaf HoldingsCuraleaf Holdings, Inc. (CSE: CURA) (OTCQX: CURLF) (“Curaleaf”) is a leading international provider of consumer products in cannabis with a mission to improve lives by providing clarity around cannabis and confidence around consumption. As a high-growth cannabis company known for quality, expertise and reliability, the Company and its brands, including Curaleaf and Select, provide industry-leading service, product selection and accessibility across the medical and adult-use markets. In the United States, Curaleaf currently operates in 23 states with 113 dispensaries, 22 cultivation sites and over 30 processing sites, and employs over 5,200 team members. Curaleaf International is the largest vertically integrated cannabis company in Europe with a unique supply and distribution network throughout the European market, bringing together pioneering science and research with cutting-edge cultivation, extraction and production. Curaleaf is listed on the Canadian Securities Exchange under the symbol CURA and trades on the OTCQX market under the symbol CURLF. For more information, please visit https://ir.curaleaf.com.