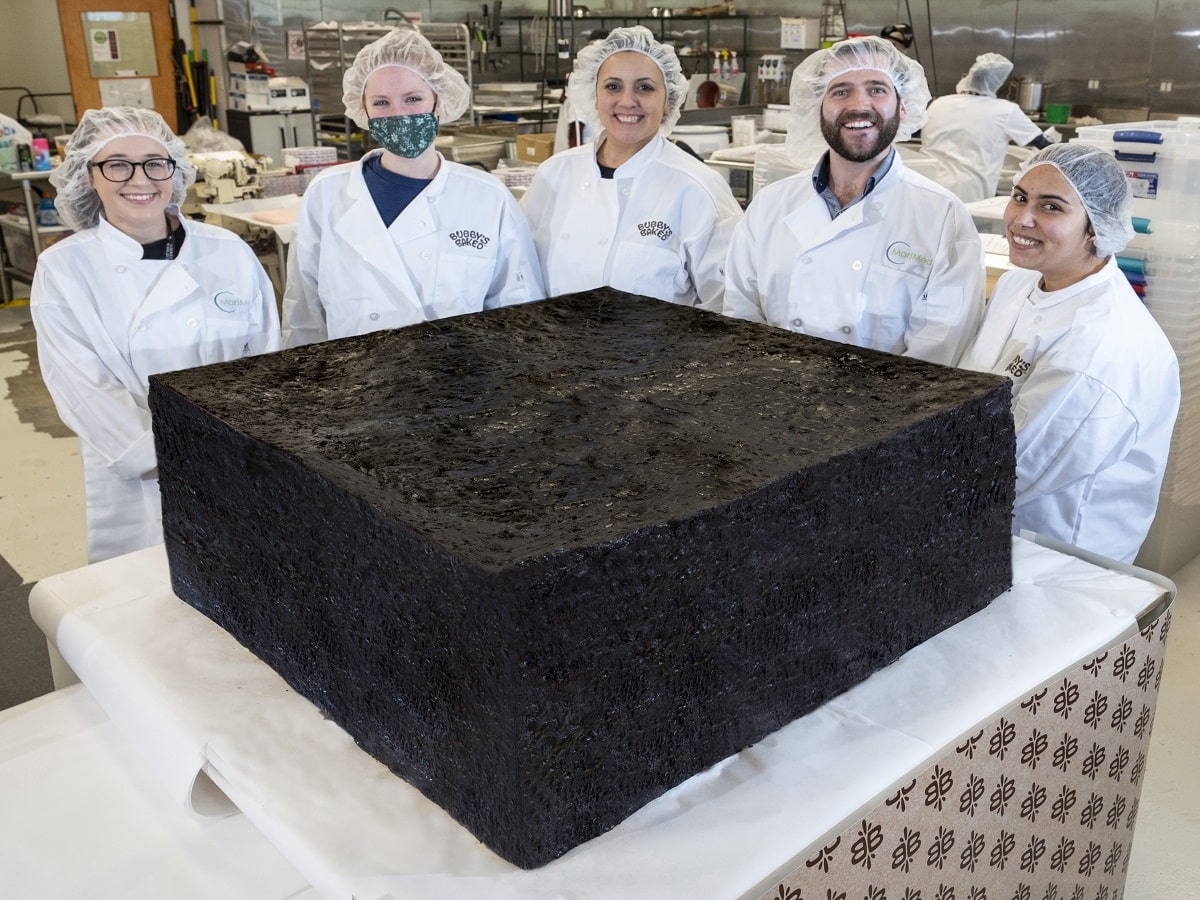 Inspired by the original cannabis-infused, homemade brownie, every delicious, soft, and chewy Bubby’s bite is made from scratch in small batches, and infused with precision-dosed, full spectrum cannabis. They’re perfect for sharing high times with friends this holiday season. Bubby’s comes in three classic confectionery recipes – brownie, chocolate chip, and snickerdoodle. The line is available throughout Massachusetts, including MariMed’s Panacea dispensary in Middleborough, Massachusetts. It is expected to hit dispensary shelves in Delaware and Maryland early next year.

Bubby’s are made with all natural ingredients, starting with the basics: flour, butter, eggs, and sugar. There are no artificial flavors or preservatives in any flavor. Each Bubby’s single-serving bite contains 5mg of THC in Massachusetts in compliance with state regulations.

“Bubby’s Baked fills a big hole in the edibles market that cannabis consumers crave – high-quality, delicious baked goods that stay moist and chewy,” said MariMed Chief Product Officer and SVP/Sales Ryan Crandall. “For many of us, homemade brownies were our first taste of cannabis-infused edibles. Bubby’s recreates and elevates that nostalgic experience, infusing full-spectrum, craft-quality cannabis into timeless recipes, for a reliable high reminiscent of simpler times. Strategically, Bubby’s is part of our effort at MariMed to build a house of brands that meets different consumer needs across a diverse range of occasions.”

To commemorate the launch of Bubby’s, MariMed’s craft confectioners in Massachusetts baked a larger-than-life version of a Bubby’s soft-baked brownie that is believed to be the world’s largest THC-infused brownie ever made. The confection measures 3 feet wide by 3 feet long and 15 inches tall, weighs a whopping 850 pounds, and contains 20,000mg of THC.

Bubby’s edibles were previously piloted in Massachusetts under the name “Bourne Baking Co.”

MariMed Inc., a multi-state cannabis operator, is dedicated to improving the health and wellness of people using cannabinoids and cannabis products. The Company develops, owns, and manages seed to sale state-licensed cannabis facilities, which are models of excellence in horticultural principles, cannabis cultivation, cannabis-infused products, and dispensary operations. MariMed has an experienced management team that has produced consistent growth and success for the Company and its managed business units, keeping it at the forefront of cannabis science and innovation. Proprietary formulations created by the Company’s technicians are embedded in its industry-leading products and brands, including Betty’s Eddies™, Nature’s Heritage™, Bubby’s Baked, Kalm Fusion®, and others. For additional information, visit www.marimedinc.com.

This release contains certain forward-looking statements and information relating to MariMed Inc. that is based on the beliefs of MariMed Inc.’s management, as well as assumptions made by and information currently available to the Company. Such statements reflect the current views of the Company with respect to future events, including estimates and projections of revenue and EBITDA and about its business based on certain assumptions of its management, including those described in this release. These statements are not guaranteeing of future performance and involve risk and uncertainties that are difficult to predict, including, among other factors, changes in demand for the Company’s services and products, changes in the law and its enforcement, and changes in the economic environment. Additional risk factors are included in the Company’s public filings with the SEC. Should one or more of these underlying assumptions prove incorrect, actual results may vary materially from those described herein as “hoped,” “anticipated,” “believed,” “planned, “estimated,” “preparing,” “potential,” “expected,” “looks” or words of a similar nature. The Company does not intend to update these forward-looking statements. None of the content of any of the websites referred to herein (even if a link is provided for your convenience) is incorporated into this release and the Company assumes no responsibility for any of such content. All trademarks and service marks are the property of their respective owners.